Heroin is an addictive and potentially deadly illegal substance whose use has seen a sharp increase in the U.S. over the past decade. Because of its addictive nature, the State of Texas and the U.S. government punish possession and distribution of even small amounts very severely.

Possession of a trace amount of heroin, even so much as would be difficult to test, is punishable as a felony in Texas. Federally, the U.S. government is more concerned with conspiracy to distribute heroin and can bring heavy prison sentences for those suspected of dealing in sizable quantities. 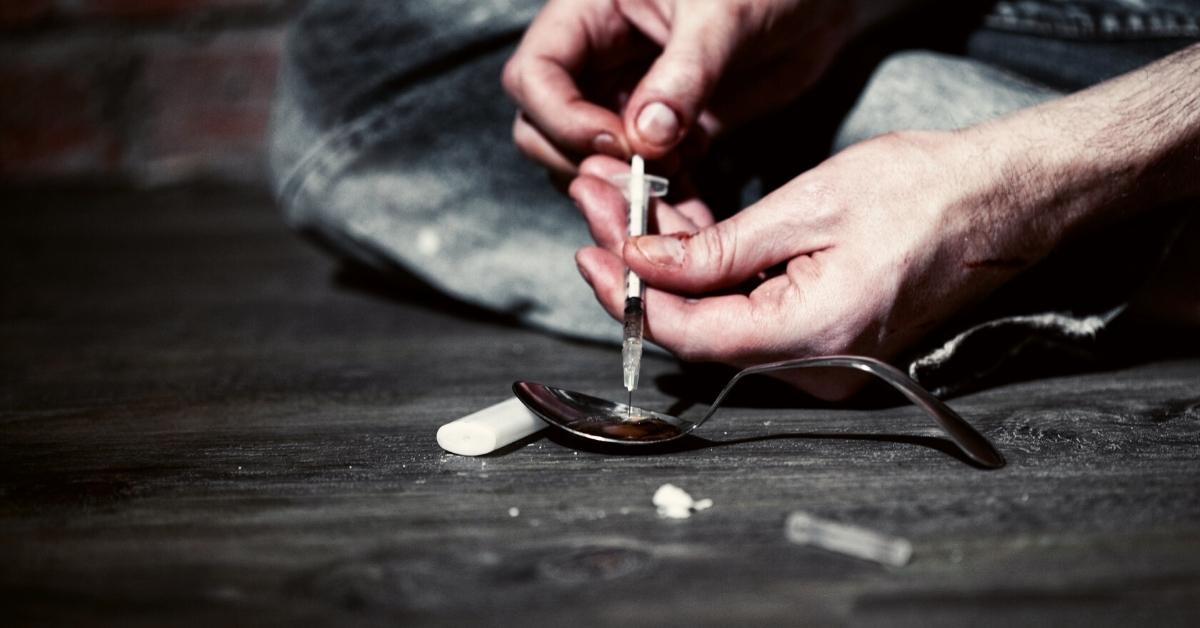 As the penalties are very serious, it is important you hire knowledgeable counsel and begin the process of building your defense as soon as possible. State and federal drug investigations can be highly complex, and Law Offices of Richard C. McConathy can sort through the evidence to best represent you.

Any amount of heroin, even a trace amount of 1/100th of a gram of residue on a pipe or syringe, can be charged as a felony possession offense in Texas. An experienced lawyer will challenge lab results for these very small amounts of a questionable substance. Additionally, any search or investigatory methods must comply with your Fourth Amendment protections, and all evidence that falls out of bounds may be excluded from the trial.

Law Offices of Richard C. McConathy will work to show the prosecution and judge your clean prior record, family life, work experience, and outside references, to minimize the serious consequences that come with a heroin possession charge.

Penalties for heroin possession in Texas are:

As the amounts increase, the State of Texas is more likely to charge the alleged offender for delivery of heroin rather than simple possession. Items such as large sums of cash, a firearm, scales, small bags, or packaging materials, all signal a possible distribution scheme to law enforcement and will prompt the charge of heroin delivery.

Heroin delivery to a minor, in any amount, is at minimum a second-degree felony.

Paraphernalia in the case of heroin can include syringes, needles, glass pipes, packaging materials such as balloons or small bags, a scale or balance, small pieces of aluminum foil, and any item to assist in the manufacture of heroin.

Penalties for possession or delivery of heroin paraphernalia can be charged alongside the felony charge of possession of heroin.

Simple possession of paraphernalia is a Class C misdemeanor with a fine of up to $500. Delivery, possession with intent to deliver, or manufacture with intent to deliver paraphernalia is Class A misdemeanor punishable by up to one-year imprisonment and a fine up to $4,000, unless there is a prior conviction of the same offense, in which case a minimum of 90 days imprisonment is imposed.

If an adult delivers the paraphernalia to a minor, the penalty is a state jail felony with 180 days to one year in jail and up to $10,000 in fines.

Unfortunately, heroin overdoses are not uncommon. In an effort to increase profitability, heroin may be “cut” at any level of its sale with unregulated substances as far-ranging as sugar or the opioid fentanyl. Additionally, users may take heroin alongside other substances or it may lead to a state of mind that puts the user’s life at risk.

The State of Texas will prosecute the alleged dealer of heroin under Texas Penal Code § 481.141 if, even when taken in combination with other substances, the delivery of heroin leads to death or serious bodily injury. The underlying conviction of delivery of heroin will be increased to a first-degree felony (up from either a state jail felony or second-degree felony) with a punishment of five to 99 years imprisonment and up to $10,000 in fines.

The alleged offender may have no knowledge of a nearby school or swimming pool but can see her heroin conviction ratcheted up due to so-called Drug-Free Zones. Typically a possession or delivery charge will be increased by one degree due to closeness to the defined zones. See below for a list of exact penalties.

The federal government is most interested in the growth, manufacture, and distribution of illegal substances, heroin being especially targeted as a highly addictive drug. The Drug Enforcement Administration employs formidable investigatory resources on what it suspects are heroin distribution conspiracies.

Possession of any amount of heroin can be prosecuted as a federal offense according to Title 21 of U.S. Code § 841. The government must show that you knowingly were in possession of the substance and that the substance is illegal. “Constructive” possession – or the access and ability to control an illegal substance – can also be charged as possession. Instances of constructive possession may be in the case of the offender keeping a stash of heroin at another person’s home, to which the offender has access.

The first conviction of heroin possession is punishable by up to one-year imprisonment and a minimum $1,000 fine. A prior drug conviction will increase the penalty to at least 15 days and no more than two years in prison with a minimum $2,500 fine. Two prior drug offense convictions lead to no less than 90 days in prison up to a possible three years. The minimum fine is $5,000.

The government may also seek, factoring in the defendant’s ability to comply, to find the defendant the cost of the trial.

Manufacture, Distribution, or Possession with Intent to Distribute Heroin

The U.S. government, in its authority to regulate interstate commerce, has a keen interest in drug traffic and the distribution of illegal substances. Because heroin is seen as a “harder,” Schedule I substance, the Drug Enforcement Agency will aggressively investigate and prosecute all of those it assumes are playing a role in a conspiracy to distribute.

The prosecution can introduce evidence suggesting the intention to distribute, including paraphernalia, large sums of money, a large amount of heroin, and witness testimony.

The penalties for heroin distribution and possession grow in seriousness as the amount in question increases. Additionally, enhancing factors include previous criminal offenses and whether or not the heroin resulted in a death or serious injury.

Attempt and Conspiracy to Distribute Heroin

A federal investigation of the larger-scale organizations is suspected of the manufacture or distribution of heroin can bring down charges on all involved. If you are under investigation by a federal agency for any connection to a heroin distribution scheme, it is imperative to have strong legal guidance on your side. The Drug Enforcement Administration has great resources to conduct investigations but must do so in compliance with your Constitutional rights.

If you are facing state drug charges or a federal indictment for heroin charges, contact the Law Offices of Richard C. McConathy today at (972) 233-5700 for a consultation about your alleged offense in Irving, Dallas, Carrolton, Richardson, and surrounding areas of Dallas County, Texas. Our firm will work to potentially get your criminal charges reduced or dismissed.