If you have been charged violating the terms of your protective order in the Dallas / Fort Worth metroplex, you could face harsh repercussions, including jail or prison time, steep fines, and/or additional criminal charges.

A protective order, restraining order, or order of protection is generally issued by the court to prevent an individual from committing certain acts or engaging in certain types of behavior. Protective orders are usually most common in cases of domestic violence or family violence, and are generally ordered after a judge has determined some kind of family or dating violence has occurred and will likely happen in the future.

If you have been accused of violating the terms of your protective order, it is important to contact an experienced Dallas criminal defense lawyer as soon as possible to begin working on your best legal defense.

If you have been charged with violating the terms of a protective order in Dallas, or any of the surrounding areas in Texas, including Garland, Irving, Grand Prairie, Denton, Plano, McKinney, Fort Worth, Rockwall, Johnson, Wise, Ellis, Arlington, Mesquite, Carrolton, Richardson, Lewisville or Frisco, contact Law Offices of Richard C. McConathy.

Attorney Richard McConathy is an aggressive family violence lawyer who will make every effort to fight the allegations against you. Call Law Offices of Richard C. McConathy for a free consultation at (972) 233-5700 about your alleged protective order violation.

The legal definition of several terms in protective order cases may not be familiar to individuals who are involved in situations involving domestic violence. These terms, as defined in the Texas Family Code, are as follows:

An individual can be charged with violating a protective order under Tex. Penal Code § 25.07 if they knowingly or intentionally:

Additionally, an individual who has a protective order put in place against them may be required to:

Dallas Penalties for Violation of a Protective Order

An individual who has been charged with violating the terms of their protective order can face a class A misdemeanor conviction, which is punishable by up to one year in jail and/or a fine not more than $4,000.

An individual who has been charged with violating the terms of their protective order can instead face a felony of the third degree conviction if they have two or more protective order violation convictions or they violate the protective order by committing a stalking or assault offense. This degree of offense is punishable by a prison sentence ranging from two to ten years and/or a fine up to $10,000.

What Happens After You Violate a Protective Order?

If you are found to be in violation of a protective order, you will be arrested and booked into jail. From there, you’ll appear before a judge at a bail hearing. The judge will review the facts and determine if they believe you did violate the protective order.

If the judge finds the evidence doesn’t support the charge, you’ll be released. If the charge sticks, you’ll be detained into jail while you await trial. You’ll be sentenced after your case is heard at trial. Depending on the gravity of your charges, it may be possible to negotiate probation rather than jail time for you.

Your protective order will probably remain in place after you serve your sentence. On top of your term of imprisonment and financial penalties, your gun rights will be suspended. You will be barred from owning or possessing a firearm for five years after you’ve completed your sentence.

If you’ve been accused of violating your protective order, it’s in your best interest to contact the Law Offices of Richard C. McConathy. 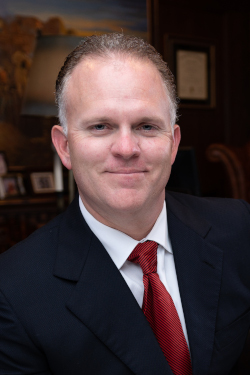 Contact Law Offices of Richard C. McConathy today for a consultation about your alleged protective order violation throughout Dallas County in Texas. Richard McConathy is an experienced Dallas criminal defense attorney who will make every effort to fight the allegations against you and help you avoid the harshest penalties and repercussions to your alleged offense.

Contact Law Offices of Richard C. McConathy at (972) 233-5700 for a consultation about your alleged violation of a protective order throughout Dallas County in Texas and the surrounding counties of Denton County, Collin County and Tarrant County.

This article was last updated on Wednesday, January 30, 2019.