Law enforcement officers are tasked with protecting and serving the public. They’re trained to identify criminals, arrest them, and allow the criminal justice system to handle the administration of justice from there. But what if an undercover cop entices you to commit unlawful activity you otherwise would not have engaged in? That’s called entrapment, and it’s illegal.

The role of law enforcement is to combat crime, not create it. If you think you were entrapped by the police, contact the Law Offices of Richard C. McConathy for a free case evaluation. 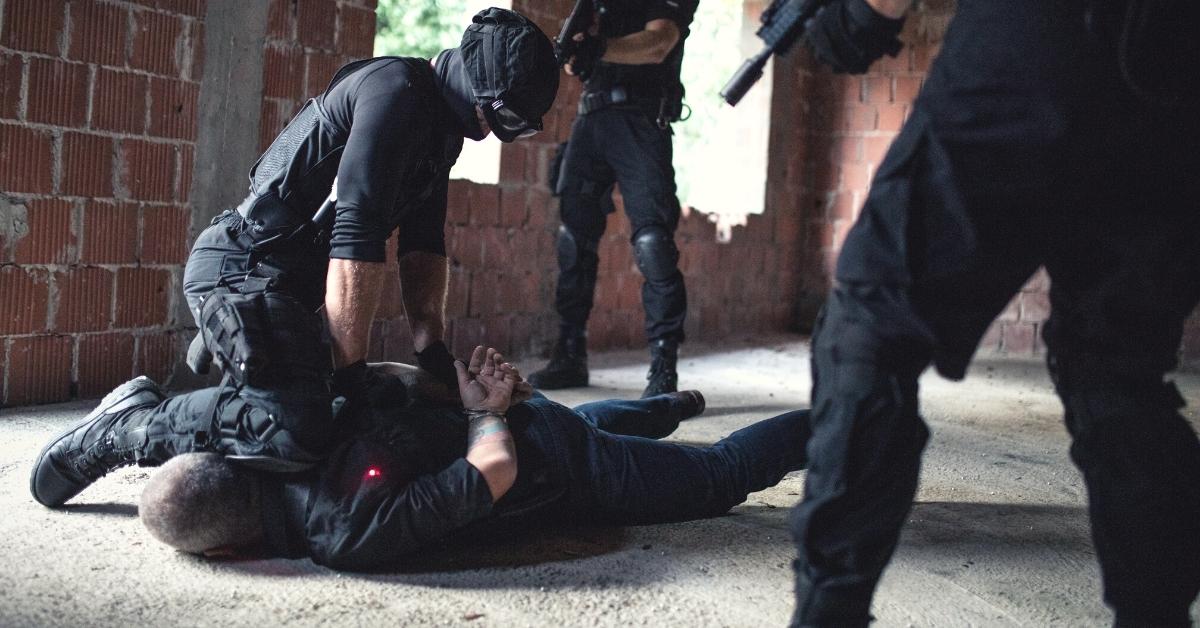 The Law Offices of Richard C. McConathy has represented thousands of DFW clients since opening our doors in 2002. Our criminal defense attorneys are well-acquainted with the courts of Collin, Dallas, Denton, and Tarrant Counties. If you believe you were set up by the police to commit a crime, we will fight to dismiss your charges.

Don’t risk defending yourself in court. You need someone who knows the judges and understands the intricacies of Texas law. The dedicated criminal defense attorneys are ready to fight to get you the best possible results.

Contact us today to schedule a free consultation to review your case.

What Are the Elements of Entrapment?

Entrapment is defined by Texas Penal Code Section 8.06. The concept of entrapment centers on intent to commit a crime. According to state law, entrapment can be used as a valid defense to prosecution if:

Entrapment can only be committed by a member of law enforcement. To prove entrapment, you must successfully argue that you never would have committed the crime in question under ordinary circumstances.

There are two common tests to prove entrapment: the subjective test and the objective test.

What Is the Subjective Test?

The subjective entrapment test focuses on the individual defendant’s state of mind. The subjective test has been adopted by the federal government and most states. It is the more popular of the two tests for entrapment.

To meet the subjective test, it must be shown that a defendant was pressured to commit illegal activity against their will by law enforcement. That person’s background and criminal history are then evaluated.

A well-established example of the subjective test can be found in the 1932 Supreme Court case Sorrells v. United States, 287 U.S. 435. A Prohibition-era undercover agent coerced a reputed rumrunner, Vaughno Crawford Sorrells, into finding him some liquor. Sorrells refused multiple times before finally complying to help what he believed to be a fellow war veteran.

Because of Sorrells’s initial refusals, he was found to have been entrapped by the agent. In the opinion of the Court, Sorrells didn’t display a predisposition for this criminal behavior; the agent had lured in an innocent man and convinced him to commit a crime. This was one of the first applications of the subjective test for entrapment.

What Is the Objective Test?

The objective test for entrapment focuses on the behavior of law enforcement, not the predisposition of the individual. Unlike the subjective test, the defendant’s criminal record is irrelevant when applying this test.

The objective test also originates from the Sorrells v. United States case. Justice Roberts, while agreeing with the majority opinion, rationalized his agreement differently. The entrapment of citizens by law enforcement officials, Roberts felt, was unjust. Even if a person had a predisposition.

Roberts believed that society needed to be protected from this type of government overreach. He felt that convictions should be denied if they resulted from the actions of a government agent. This was also one of the first applications of the subjective test for entrapment.

Entrapment | Criminal Law – The University of Minnesota Libraries publish textbooks and provide free online copies of certain texts. Visit this link to read an excerpt from a textbook titled “Criminal Law.” This chapter focuses on entrapment and covers topics such as objective and subjective entrapment.

Governement Made Me Do It: A Proposed Approach to Entrapment Under Jacobson v. United States – Read this excerpt from a 1994 law text published by Cornell University to learn more about the history of the entrapment defense in American law. This resource contains an overview of the 1932 Sorrells v. United States case which established the validity of entrapment as an affirmative defense in criminal cases.

The attorneys at the Law Offices of Richard C. McConathy have a passion for justice. Since 2002, our attorneys have fought to defend the rights of clients accused of violating Texas law. If you were the target of entrapment by law enforcement, we will fight to expose this abuse of power by the police. You deserve justice.

The entrapment defense is only one option to consider. We’ll evaluate all of the available evidence in your case and recommend the best strategy to achieve a favorable outcome. Contact the Law Offices of Richard C. McConathy today at (972) 233-5700 for a consultation about your alleged offense in Irving, Dallas, Carrolton, Richardson, and surrounding areas of Dallas County, Texas.