Texas law indicates robbery as a crime of violence. When an offense is classified as a crime of violence, it is typically because there was a use of force or threat of using force upon a victim. For a robbery charge, violence is normally used as a means to an end. Even threatening violence to obtain another’s property could result in a charge.

A conviction is automatically a felony. The penalties can vary based on the amount of force used or bodily injury done to the victim. Not only could the alleged offender be forced to pay lofty court fines plus restitution, but the crime could also come with a lengthy prison sentence.

Under Texas law, the prosecution must prove beyond all reasonable doubt that while committing theft the alleged offender intentionally caused or threatened to cause bodily injury to another. Alternatively, the prosecutor may have to prove that the offender knowingly or recklessly caused the victim to fear bodily injury or even death.

These heavy accusations normally require reliable eyewitness testimony and other collaborative evidence to support the prosecution. A seasoned criminal defense attorney can dissect the prosecutor’s case and formulate the best defense. 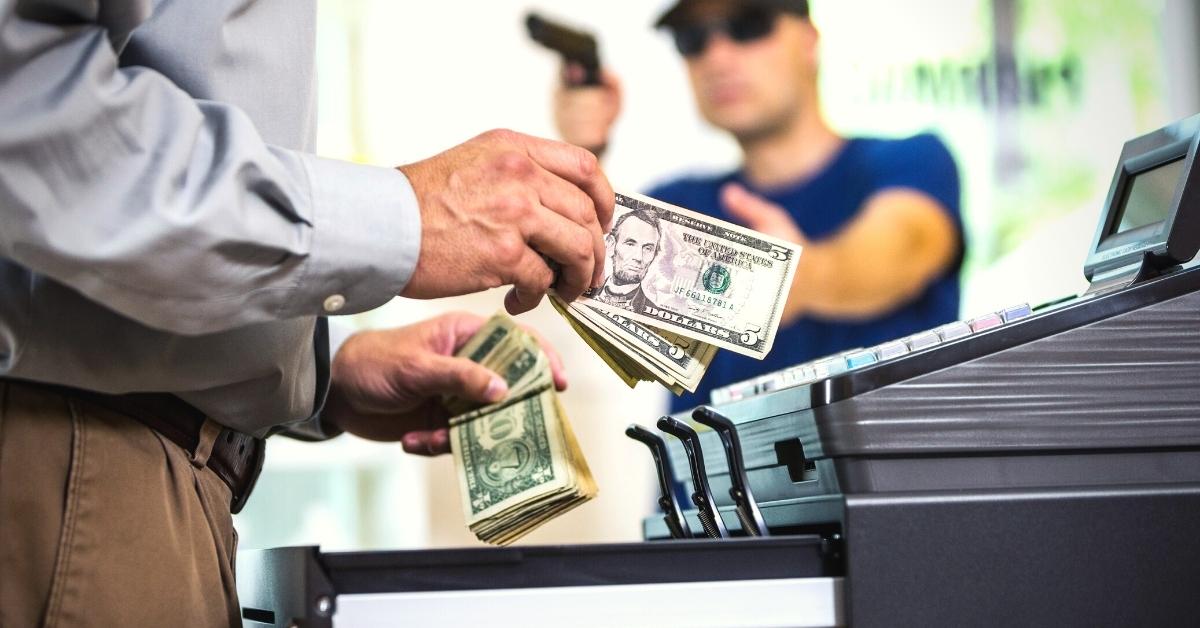 Texas law is incredibly unforgiving when it comes to robbery charges. A prosecutor often seeks a harsh penalty for any type of robbery conviction. If you have been charged with any form including armed or home invasion, then contact us today.

Robbery vs. Aggravated Robbery in Texas

The terms robbery and aggravated robbery are used interchangeably in the nightly news. However, this is not the case in the courtroom. Aggravated robbery requires proof that a weapon was present or that force was used on the victim. Both charges can result in grave consequences that can affect one’s employment, personal life, and civil rights.

Robbery is defined under Tex. Penal Code § 29.02 (a). For a theft to be considered a robbery, one or more of the following elements must be proven beyond a reasonable doubt:

What does bodily injury mean? Texas law provides a long list of afflictions that can fall under the term “bodily injury” including a cut, abrasion, bruise, burn, disfigurement, physical pain, illness, including any kind of impairment of the function of a bodily member, organ, mental faculty, as well as other unlisted injuries no matter how temporary.

Elements of Aggravated Robbery in Texas

Aggravated robbery is defined under Tex. Penal Code § 29.03 (a). The elements require proof beyond all reasonable doubt plus the following additional elements:

The statute at Tex. Penal Code § 1.07 defines the term “deadly weapon” to mean any sort of deadly weapon by design, so any sort of firearm, anything manifestly designed made or adapted for the purpose of inflicting death or serious bodily injury.

The robbery statute also defines a deadly weapon by use, so anything that in the manner of its use or intended use that is capable of causing death or serious bodily injury. Common examples of these can be a knife, shotgun, or blunt force instrument.

An additional factor that separates aggravated robbery and robbery depends on the vulnerability of the victim. The alleged offender can be charged if they just threatened someone who is disabled or a person who is 65 years of age or older. A conviction for aggravated robbery is a first-degree felony.

Texas is not kind to those with a robbery offense. According to Tex. Penal Code § 29.02(b) it can be charged as a second-degree felony under Texas law.

A conviction carries heavy penalties that can result in up to twenty years in state prison and a possible fine of up to $10,000. Alongside this, the offender may also be forced to pay restitution to the victim.

Additionally, a felony conviction can cause problems with finding employment, housing, federal aid, and other basic civil rights.

Defenses to a Robbery Charge in Texas

The best thing to do when facing a robbery charge is to remain silent. It is common for law enforcement to record and use any statements as evidence in court.

To avoid incriminating yourself, it is best to remain silent during questioning until they have an attorney at your side. An attorney can help you formulate the best defense and present your side of the story.

Often when battling a robbery charge, the defense will try to convince the jury that the evidence is inconsistent or use an affirmative defense to remove the offender’s liability for the crime. Below are some possible defenses that can be utilized:

Texas Statewide Robbery Crime Report from 1999-2017 – Visit the Texas Department of Public Safety crime reports, and see how robbery charges were handled in the past. Read the formal definition and the statistics concerning, locations, weapons, age, and sex.

Texas Penal Code: Chapter 29. Robbery – Visit the Texas Penal Code to find the statutory language related to a variety of serious robbery and theft charges. See the specific penalties and the different ways the crime can be charged under Texas law.

Have you or a loved one been charged with robbery in the Dallas metropolitan area? It is imperative for you to stay silent with law enforcement until you are able to find a qualified criminal defense attorney. Our attorneys are knowledgeable in fighting robbery charges after an arrest by local law enforcement agencies.