In early May, a Dallas police officer was arrested for DWI while being on duty in a squad car. Senior Cpl. Sean Mock was booked into Dallas County Jail on one count of driving while intoxicated.

According to reports, Mock was taken into custody in the early morning after he was found intoxicated in a parked squad car while patrolling the Northwest division. He has since posted bond, but other details of the case have not been released to the public. Sean Mock is currently on administrative leave until the department has concluded its internal investigation.

In the state of Texas, an individual is guilty of driving while intoxicated if they are found operating a motor vehicle while being in a public place. In Texas, the legal limit is .08, and any individual found not having full control of their mental or physical faculties due to the consumption of drugs or alcohol is considered intoxicated.

A first DWI may be reduced to a lesser charge, but this crime typically carries penalties such as a 3-day minimum jail sentence (and a maximum 180-day sentence) alongside mandatory community service hours, probation, driver’s license suspension, and mandatory attendance at a drug or alcohol-related education program. However, these consequences will increase upon being convicted of subsequent DWIs, and individuals may face felony charges if they are charged with three or more DWIs.

Sean Mock’s situation could never occur. As citizens, we rely on police officers and law enforcement to protect and serve us when we need them the most. Our children look up to them as community heroes, and our fellow residents count on them to assist us when trouble strikes. The fact that a police officer made the decision to consume alcohol while serving the public is extremely troubling.

Driving while intoxicated is never a good idea, but doing so while you are an on-duty police officer makes this much, much worse. For starters, being intoxicated while on the job will undoubtedly affect one’s reaction time. Quick and decisive action is extremely important as a police officer, and intoxication may have prevented Mock from quickly responding to a call. In addition to this, police officers carry weapons, some of them deadly. A firearm or taser should never be operated by someone who is intoxicated. And once you add in the fact that Mock was endangering the lives of other Dallas drivers, it is easy to see why this is such an egregious offense.

If you are searching for an experienced criminal defense attorney that can help you dismiss or reduce your DWI charges, contact The Law Offices of Richard C. McConathy. With decades of experience helping Texans dismiss or reduce their DWI-related charges, you can count on Richard McConathy to represent you in a court of law and fight for your rights. For more information on how we can provide you with the legal counsel you need and deserve, contact us at 972-233-5700 to schedule your free consultation. 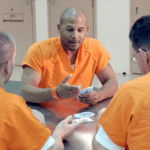