KTVT-TV reported on December 10, 2020, that authorities said a Fort Worth police lieutenant was arrested on suspicion of driving while intoxicated (DWI) in front of an elementary school in Grapevine that Tuesday afternoon. Police in Grapevine said the alleged offender was arrested on December 8 at around 3 p.m. after a witness reported that he was asleep in the driver’s seat in the pickup area of Cannon Elementary School.   According to police, a child was also in the backseat of the alleged offender’s vehicle. Police determined the alleged offender was intoxicated and transported him to jail without incident.   The alleged offender is a 14-year veteran with the Fort Worth Police Department and is a lieutenant assigned to the East Division Patrol. Fort Worth police said he was placed on restricted duty and his gun and badge were confiscated. Grapevine police will be handling the criminal investigation into the alleged offender.   The following day, KXAS-TV reported that an Irving firefighter who suffered a traumatic brain injury when he was struck by a wrong-way driver on Texas 183 while responding to a drunken-driving crash on December 6 was released from the hospital. Firefighter Aaron Donohue was in the “hot zone” early Sunday morning, working in the westbound lanes of Texas 183 where he and other rescue personnel were responding to a drunken-driving crash.   KXAS reported on December 6, 2020, that the suspected intoxicated driver going the wrong way on State Highway 183 was facing a charge of intoxication assault. Fire Chief Victor Conley told KXAS the westbound lanes of 183 were closed at the time and that the driver who struck Donohue entered the “hot zone” headed in the wrong direction.   As the car plowed through the crash scene, Donohue was struck and, according to Conley, “thrown a pretty good height and distance from where he was.” Fellow firefighters rushed to his side and found him unconscious and not breathing, although he regained his breath and firefighters did an assessment and transported him to the hospital.   Irving police identified the driver of the car as a 23-year-old woman of Arlington who did not stop right away but was stopped a short time after the crash. She said she thought she was headed to Arlington, but she was headed east toward Dallas.   Police said they were not yet sure how long the alleged offender had been traveling in the wrong direction, but that she was headed eastbound in the westbound lanes before Esters Road, where traffic diverted from 183 for the original crash scene near Story Road was being directed back on the highway. Conley said Donohue had three CT scans in 24 hours and that he was making “slow, but significant improvements,” communicating with simple signs but having a difficult time remembering his name.   Last month, KDFW-TV reported that “Tiger King” star Dillon Passage, the husband of Joe Exotic, was arrested for DWI on November 15 in Manor, Texas. Manor police said that at about 1:30 a.m. one of its officers made contact with the driver of a black 2020 Dodge Challenger that was stopped on the shoulder of Highway 290 without its tail-lights on, and the driver was later identified as Passage.   Police said Passage, when asked, said that he believed he was in Belton which is about an hour north of where he was stopped. A field sobriety test was conducted and police say the results determined it would have put others at risk to allow Passage to continue operating a vehicle. He was arrested for DWI as well as an outstanding warrant for resisting arrest and was taken to the Travis County Jail and was being held on a $3,000 bond.   The Dallas Morning News reported on October 15, 2020, that the Dallas County district attorney’s office dismissed a drunk driving charge against a Dallas police officer who was fired more than a year after his arrest. Kevin Masters, a 17-year veteran who was fired last March from the Dallas Police Department, plans to appeal the termination and get his job back, his attorney says.   The attorney said in an interview that his client’s traffic stop and subsequent blood alcohol test were illegal. He said a freelance journalist had called Cedar Hill police on the officer and watched until Masters was sent to jail, which prejudiced his client’s case.   On January 21, 2019, a news reporter had called 911 to report that Masters’ car was “all over the road” in Cedar Hill, in southwestern Dallas County. During the 911 call, the reporter identified himself to the dispatcher as a member of the media who was driving in a news vehicle.   The arresting officer on body camera video says that because the call came from a journalist, it influenced his decision to arrest Masters, who was off duty, according to court records. Cedar Hill police were called to Wintergreen Road and U.S. Highway 67 around 12:40 a.m. and located a vehicle matching the witness’s description.   A juvenile under the age of 15 was with Masters at the time, records show, but their relationship was not specified in court documents. Initial reports had incorrectly stated Masters had been driving with two children.   On April 15, 2019, Masters was indicted on a felony charge of driving while intoxicated with a minor. He had been assigned to the police department’s Community Engagement Section.   Records showed there was a pending hearing to determine whether the blood evidence was legally obtained before the case was dropped. Records obtained by The Dallas Morning News showed that in nearly two decades with the police department, Masters did not have serious disciplinary issues.

The cases above demonstrate a number of complicating factors to DWI cases. While a first DWIin Texas is usually a Class B misdemeanor, criminal charges can be enhanced in certain cases.   The case of Kevin Masters calls attention to the offense of DWI with a child passenger, which is a state jail felony. A person commits this offense if they operate a motor vehicle while intoxicated on a public road with a child passenger who is under the age of 15.   A Class B misdemeanor only carries a possible punishment of up to 180 days in jail and/or a a fine of up to $2,000, but a state jail felony will involve a possible punishment of up to two years in state jail and/or a fine of up to $10,000. Some DWI offenses could also carry additional punishments like possible mandatory installation of an ignition interlock devices in all vehicles owned or operated by the alleged offender.   The case of Aaron Donohue also calls attention to the crime of intoxication assault. Whereas intoxication assault is a third-degree felony, it can be upgraded to a second-degree felony if a peace officer, firefighter, or emergency medical personnel sustained the serious bodily injury.   When a person causes the death of another individual in a drunk driving crash, they could be charged with intoxication manslaughter. This crime begins as a second-degree felony but becomes a first-degree felony if a peace officer, firefighter, or emergency medical personnel is killed.

If you were arrested for DWI in Dallas or a surrounding area of North Texas, do not wait to get yourself a criminal defense attorney. The Law Offices of Richard C. McConathy has been fighting DWI charges for more than two decades.   Our firm has a record of success when it comes to defending people against all kinds of drunk and drugged driving charges. Call (972) 233-5700 or contact us online to have us go over everything relating to your case during a free consultation.
Legal Performance Strategy
Share: 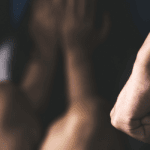