Possession of a Firearm by a Convicted Felon in Texas

While the Second Amendment to the United States Constitution states that the right of the people to keep and bear arms cannot be infringed, the right is not unlimited. One group of people who are likely to see their firearm rights dramatically impacted are convicted felons. A felony conviction is not necessarily a lifetime ban on firearm possession, but possessing a firearm before rights have been legally restored is a criminal offense. Worse yet, this crime is yet another felony offense and a conviction can create many additional problems. 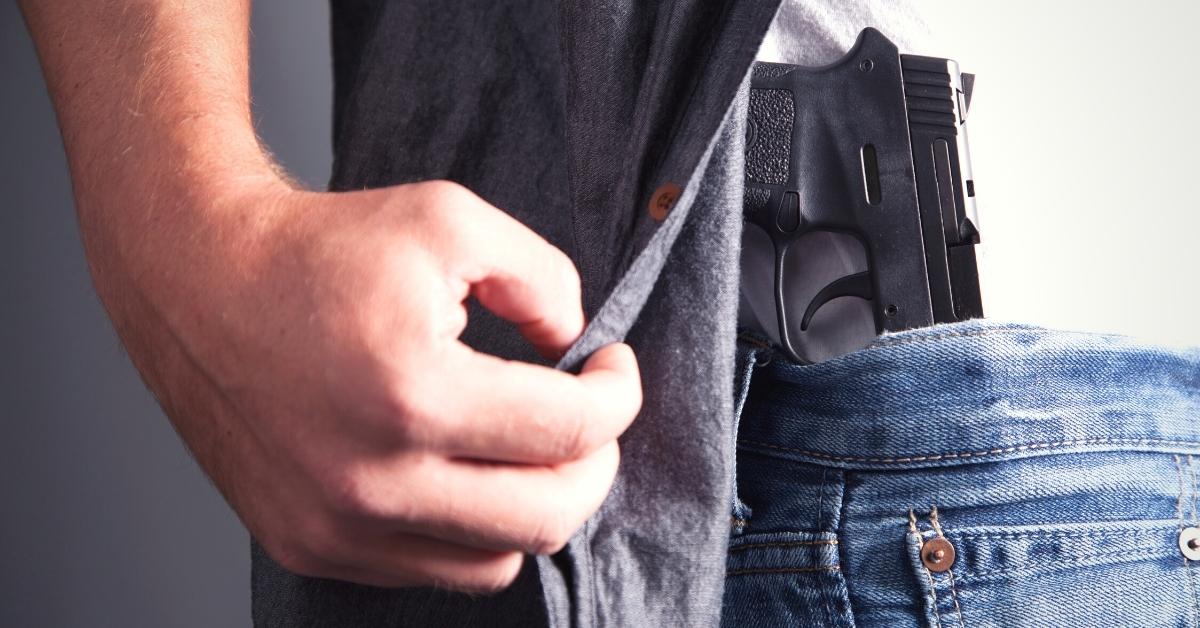 Dallas Possession of a Firearm by a Convicted Felon Lawyer

Were you or your loved one recently arrested for allegedly being a convicted felon in possession of a firearm or other weapon? You cannot delay in seeking legal representation.

The Law Offices of Richard C. McConathy can fight to possibly get your criminal charges reduced or dismissed. Call (972) 233-5700 or contact us online to take advantage of a free consultation.

Possession of a Firearm by a Convicted Felon Charges in Texas

Under Texas Penal Code § 46.04(a), a person who has been convicted of a felony commits unlawful possession of a firearm offense if they possess a firearm after conviction and before the fifth anniversary of the person’s release from confinement following conviction of the felony or the person’s release from supervision under community supervision, parole, or mandatory supervision, whichever date is later, or after the same period at any location other than the premises at which the person lives. This crime is a third-degree felony.

Texas Penal Code § 46.04(b) establishes that a person who has been convicted of Class A misdemeanor assault involving a member of the person’s family or household commits an offense if they possess a firearm before the fifth anniversary of the later of the date of their release from confinement following conviction of the misdemeanor or the date of the person’s release from community supervision following conviction of the misdemeanor. This crime is a Class A misdemeanor.

Under Texas Penal Code § 46.04(f), an offense under the laws of this state, another state, or the United States is a felony if, at the time it is committed, the offense:

Possession of a Firearm by a Convicted Felon Penalties in Dallas

Unlawful possession of firearm crimes are punishable as follows:

Texas Penal Code § 12.42 imposes aggravated consequences for individuals deemed habitual felony offenders. Under this statute, if the alleged offender has been previously convicted of a felony other than a state jail felony, he or she can be punished for a second-degree felony, which can be a sentence of up to 20 years in prison and/or a fine of up to $10,000 if convicted for unlawful possession of a firearm.

Possession of a Firearm by a Convicted Felon Defenses in Texas

It is also possible that evidence could be inadmissible if law enforcement obtained it through an illegal search and seizure. Some people are charged with this crime despite having their firearm rights restored by the Texas Board of Pardons and Paroles.

Dallas County Possession of a Firearm by a Convicted Felon Resources

Felons & Firearms | Gun Laws | Guides at Texas State Law Library — Get access to state and federal firearm rights laws on this website. You can also find a section of articles explained in plain English. There are also links for parties to contact about firearm rights.

Can a felon legally have a gun in Texas? — View this November 14, 2017, KHOU-TV story discussing firearm rights. KHOU was able to verify that a person with a felony conviction could possess a firearm on the premises where they live, five years after the disposition of their conviction. However, federal law does not allow for a convicted felon to possess a firearm under any circumstances, unless he has been pardoned.

Find a Dallas Possession of a Firearm by a Convicted Felon Attorney | Law Offices of Richard C. McConathy

If you or a loved one were arrested for possession of a firearm by a convicted felon in Dallas or a surrounding area of Texas, it will be critical for you to find legal counsel right away. Contact the Law Offices of Richard C. McConathy.

Our firm can fight to help you legally possess firearms and hopefully avoid criminal penalties. You can have us provide an honest and thorough evaluation of your case when you call (972) 233-5700 or contact us online to set up a free consultation.