The county seat of Hood County is Granbury, which is about one hour, 15 minutes from Dallas, and about 45 minutes from Fort Worth. Major highways in the county include U.S. Highway 377 and Texas State Highway 144.

As of the 2010 census, the county’s population was 51,182 after being 41,100 in the 2000 census, 28,981 in 1990, 17,714 in 1980, and 6,398 in 1970. The county is named after John Bell Hood, a Confederate lieutenant general and the commander of Hood’s Texas Brigade. Born in Owingsville, Kentucky in 1831 and a West Point Graduate at the age of 22, he was one of the most rapidly promoted leaders in the Confederate history of the Civil War.  After serving in California and Texas for the United States Military, he resigned his commission in April of 1861 to join the Confederacy as a cavalry captain.  From there, he was soon promoted to colonel of the Texas 4th Infantry.  Thereafter he distinguished himself on a dozen fields, beginning in the Peninsula Campaign and at Second Manassas. At the Battle of Gaines’ Mill on June 27, he distinguished himself by leading his brigade in a charge that broke the Union line – arguably the most successful Confederate performance in the Seven Days Battles. While Hood escaped the battle without an injury, every officer in his brigade was killed or wounded. 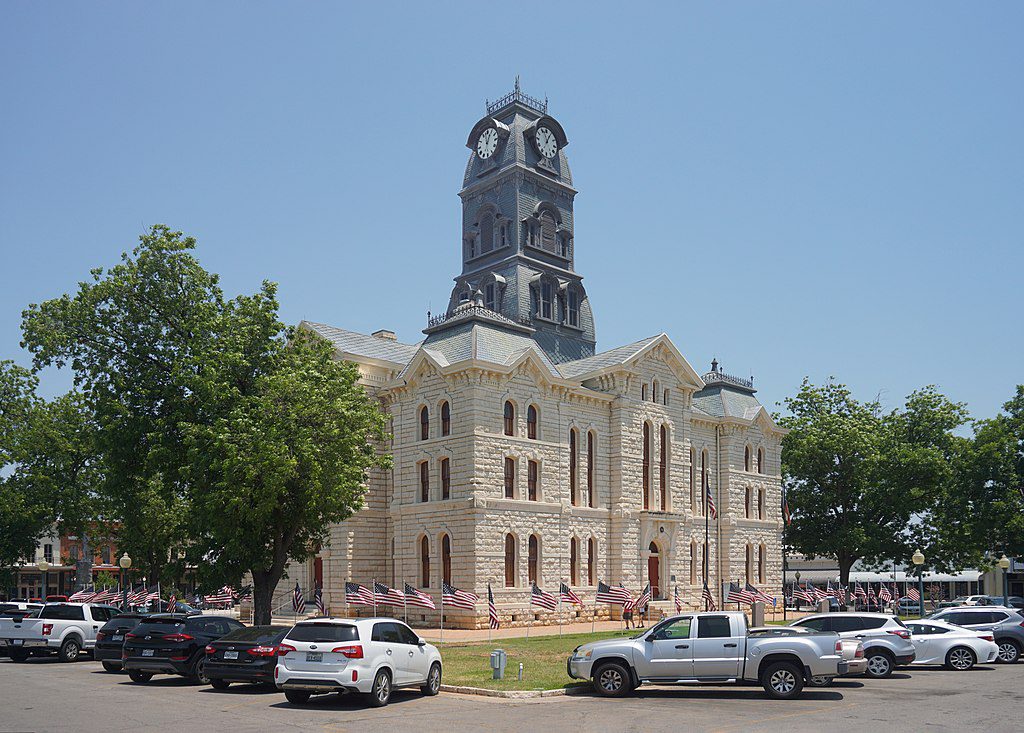 One of the most common crimes a person can be charged within the county is driving while intoxicated (DWI). DWI arrests happen on a regular basis all over Texas and Hood County is no different. Some of the most common places in the county that people may be coming from when arrested for DWI include Bob’s Off the Square, Eighteen Ninety Grille and Lounge, and Brew Drinkery. The Law Offices of Richard C. McConathy also represent individuals who were arrested for DWI after leaving private residences.

Contact the Law Offices of Richard C. McConathy today at (972) 233-5700 for a consultation about your alleged offense in Hood County, TX, and surrounding areas. Our firm will work to get your criminal charges reduced or dismissed.

DWI is certainly not the only criminal offense allegedly committed in Hood County. Drugs and narcotics charges are also frequent, as the Hood County Sheriff’s Office and other agencies routinely arrest many drug offenders. The Special Crimes Unit of the Sheriff’s Office investigates narcotic activity and also supplements local, state, and federal law enforcement with major crimes while working with the cooperation of DEA Task Forces and has officers assigned to two such units. The Law Offices of Richard C. McConathy handles many different kinds of drug cases.

Family violence is another common criminal offense in Hood County, as many people are arrested as the result of domestic disputes. Texas Family Code § 71.003 establishes that the term family includes individuals related by consanguinity (one is a descendant of the other or they share a common ancestor) or affinity (if two individuals are married to each other or the spouse of one of the individuals is related by consanguinity to the other individual), individuals who are former spouses of each other, individuals who are the parents of the same child, without regard to marriage, and a foster child and foster parent, without regard to whether those individuals reside together. Under Texas Family Code § 71.005, the term household means a unit composed of persons living together in the same dwelling, without regard to whether they are related to each other. Under Texas Family Code § 71.006, a member of a household includes a person who previously lived in a household. The Law Offices of Richard C. McConathy assists clients with all kinds of domestic violence charges.

The Law Offices of Richard C. McConathy handles a wide variety of other criminal cases in Hood County as well. We also take cases involving alleged theft crimes, computer crimes, and violent crimes. Our firm also handles weapon offenses, white-collar crimes, and sex crimes. You can also turn to us for help with federal charges.

District Clerk | Hood County, TX — The Office of the District Clerk was created by the Texas Constitution and is responsible for filing and docketing all court documents and is charged with the custody, maintenance, and preservation of all court records. The district clerk receives for filing and processing all documents in a court case and maintains the official court records. The office also issues all processes involved with civil, domestic, and criminal cases in the 355th Judicial District Court and family cases in the County Court at Law.

355th District Court | Hood County, TX — District courts in Texas are trial courts of general jurisdiction in all felony criminal cases, divorce cases, cases involving title to land, election contest cases, civil matters in which the amount in controversy is $200 or more, and any matters in which jurisdiction is not placed in another trial court. View local rules of the District Courts and County Courts at Law of Hood County, Texas. Also find requests for trial setting and both standard felony discovery orders and standard pretrial scheduling orders.

County Clerk | Hood County, TX — The County Clerk’s immediate general administrative duties include securing a bond, taking an oath of office, deputizing staff and securing errors and omissions insurance herself and all her appointed deputies. Deputy County Clerks act on behalf of the County Clerk by signing documents, filing all new pleadings, documents and issuing citations and warrants in both the Courts and Records and Deeds Divisions, using the seal of Hood County to authenticate actions of the County Clerk, certify and issue documents, administer oaths, as well as other numerous actions. Find appointment fees, court records, and fee schedules.

County Court at Law | Hood County, TX — Hood County Court at Law hears misdemeanor criminal cases, family violence protective order applications, family law matters and civil matters involving controversies involving damages of up to a quarter of a million dollars. It is also the appellate court for probate matters and all matters appealed from the justice of the peace courts and municipal courts of the county. Find forms, publications, and local rules.

Justice of the Peace Precinct One

Justice of the Peace Precinct Two | Hood County, TX — View local rules for the JP court. You can also find an occupational driver’s license petition. There is also information about paying for a ticket.

Justice of the Peace Precinct Two

Justice of the Peace Precinct Three | Hood County, TX — Use this website to access numerous forms. You can also find information about fees. When filing a petition with the court, you must submit the original, a copy for each defendant, and a copy for your records.

Justice of the Peace Precinct Three

Justice of the Peace Precinct Four | Hood County, TX — Learn more about e-filed civil cases on this website. You can also find a statement on the inability to afford the payment. There is also an occupational driver’s license packet.

Justice of the Peace Precinct Four

Sheriff’s Office | Hood County, TX — The sheriff has a range of duties that include criminal investigations, traffic enforcement, enforcing state law and county ordinances, operating the jail to ensure the safety and security of prisoners, providing security for the operation of county and district courts, accepting bail for prisoners in his/her custody, conducting sales of seized and unclaimed properties, and serving of process. Use this website to learn more about crime prevention, divisions, and general information. You can also find information on filing a police report.

Constables | Hood County, TX — Like Justices of the Peace in Hood County, constables are broken into four precincts. Constables participate in criminal investigations and assist other law enforcement agencies. Constables are licensed peace officers who perform various law enforcement functions including issuing traffic citations, serving warrants and civil papers, and acting as bailiffs for Justice of the Peace Courts.

Incorporated cities in Hood County include Brazos Bend, DeCordova, Granbury, Lipan, and Tolar. Other cities in multiple counties include Cresson, which is partly in Parker County, and Johnson County.

If you were arrested for any kind of alleged criminal offense in Hood County, Texas, it will be critical that you seek legal representation as soon as possible. Make sure that you have a criminal defense lawyer before you enter any courtroom.

Contact the Law Offices of Richard C. McConathy today at (972) 233-5700 for a consultation about your alleged offense in Hood County, TX, and surrounding areas of Dallas County, Texas. Our firm will work to get your criminal charges reduced or dismissed.