Often individuals who have been charged with a gun, Firearm / Weapon offense in Dallas have unknowingly committed a criminal offense. Texas law permits almost anyone to possess a firearm in their home or in a locked and enclosed location in their vehicle. However, if an individual carries their handgun in an unlawful place or is prohibited from carrying a weapon because they are a convicted felony offender, they can be charged with a misdemeanor or felony offense.

A conviction for a gun or weapon crime in Dallas can result in serious penalties, including a possibly permanent criminal record, steep fines, inability to own or possess a firearm in the future, and/or jail or prison time.

If you have been charged with a gun or weapon offense in Dallas, it is important to hire an experienced criminal defense lawyer who will make every effort to fight the allegations against you. The state prosecutor is required to prove an element of the charges against you beyond a reasonable doubt. This means if the judge or jury has any doubt in their mind, the charges against you could be reduced to a less serious offense or even dismissed. 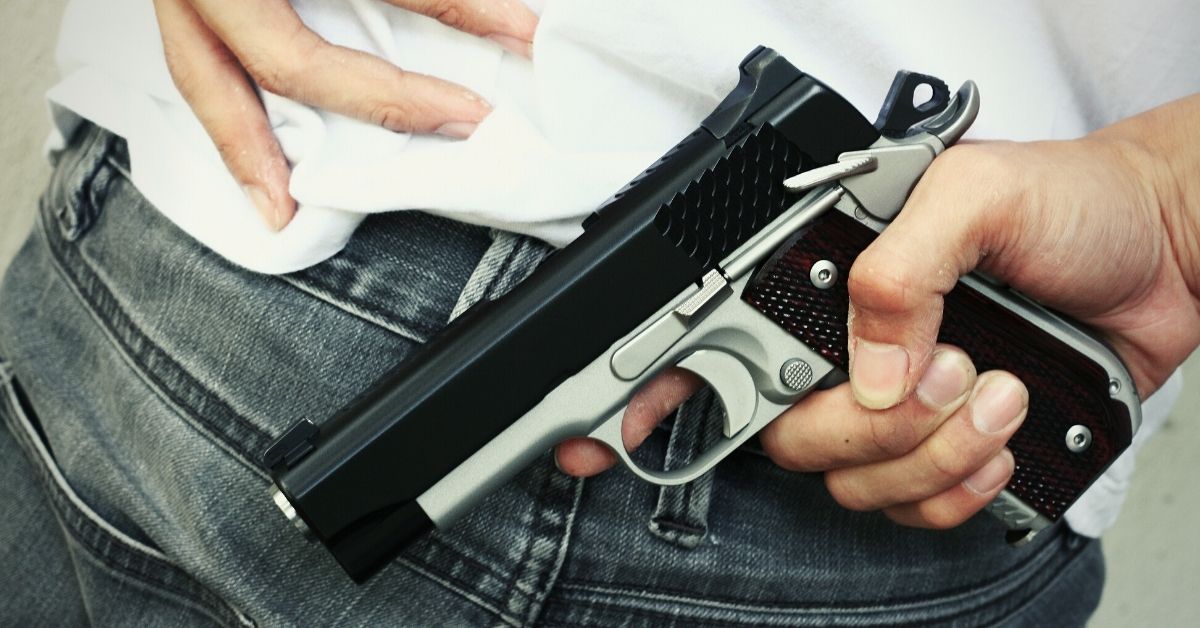 Attorney Richard McConathy is knowledgeable in all areas of Texas’s gun laws and will make every effort to achieve a dismissal or a reduction in the charges against you.

Under section 46.01 of the Texas Penal Code, weapons, guns, and firearms in Texas that are prohibited and can result in a criminal offense can include any of the following:

Firearm and Weapon Offenses in Dallas

Under Texas law, anyone who is charged with the following criminal weapon offenses could face severe penalties and repercussions:

An individual can be charged with unlawfully carrying a weapon under Tex. Penal Code § 46.02 if they intentionally, knowingly, or recklessly carry a weapon on their body when not on their property or in their vehicle. This offense is punishable as a Class A misdemeanor or a felony of the third degree.

According to Tex. Penal Code § 46.02(a-1), an individual can be charged with unlawfully carrying a firearm if they intentionally, knowingly, or recklessly carry a handgun on their person or in their vehicle:

This offense can result in a Class A misdemeanor or third-degree felony conviction.

Under section 46.04 of the Texas Penal Code, an individual can be charged with unlawful possession of a firearm if they possess a firearm and:

This offense is punishable as a Class A misdemeanor or felony of the third degree.

An individual can also be charged with a weapons offense if they possess a weapon during the commission of a criminal offense. These offenses are commonly called aggravated offenses, and can include, but are not limited to the following:

Additionally, if an individual knowingly carries a weapon in a prohibited public place in Texas, they can be charged with a criminal offense. These places can include, but are not limited to:

Chapter 411 of the Texas Government Code states individuals in Texas who have applied for and met the requirements to carry a concealed handgun license are permitted to carry a handgun in a public place that does not sell alcohol.

In order to meet the requirements to carry a concealed handgun, an individual must not have any felony convictions, must be in compliance with all state and federal laws, and meet other specified criteria.

An individual may be disqualified from receiving a concealed handgun license if they:

The penalties for firearm, weapon, and gun crimes in Texas are listed in Chapter 12 of the Texas Penal Code. However, these are the basic statutory penalties, and they can increase depending on a variety of factors, including the type of offense they allegedly committed, whether they are considered a violent offender, where the offense allegedly occurred, and whether the alleged offense involved a minor and whether the alleged offender has any criminal history.

Consequences of Unlawfully Transferring a Weapon

It’s no secret that Texans love their weapons, but giving or loaning a weapon to someone else is a risky activity. In certain circumstances, transferring a weapon to another person can land you in legal trouble. You could face criminal charges if you:

If you’re caught engaging in any of the activities referenced above, you face stiff penalties.

It is a Class A misdemeanor to unlawfully transfer certain weapons. Maximum penalties include up to a year in jail and a $4,000 fine.

The charge is upgraded to a state jail felony if the weapon in question is a handgun. If convicted, you could spend anywhere from 180 days to 2 years behind bars. You could also be fined up to $10,000.

You may have a defense option available if you were charged for transferring a weapon to a child. According to Texas Penal Code 46.06(c), you could avoid prosecution if the parents or guardians of the child recipient consented to the transfer.

Firearm and Weapon Resources in Dallas

Texas Department of Public Safety (DPS) – Handgun Licensing – The Texas DPS website provides general information on concealed handguns in Texas, how to apply for a concealed handgun in the state, answers to frequently asked firearm and gun questions, and Texas laws regarding firearm and weapon laws.

Texas Concealed Handgun Association (TCHA) – This Texas organization supports every responsible and law-abiding citizen in Texas to lawfully keep, own, and carry firearms, in addition to seeking to improve handgun laws in Texas, promoting responsible firearm safety and use, and encouraging high standards for firearm instruction and safety.

National Rifle Association (NRA) – The NRA is a national organization that promotes the Second Amendment right to bear arms in the United States and encourages responsible firearm education for every citizen.

Contact Law Offices of Richard C. McConathy today for a consultation about your alleged gun or firearm crime throughout Dallas County in Texas. Richard McConathy is an experienced Dallas criminal defense lawyer who will make every effort to help you achieve the most desirable outcome for your alleged situation.