While forgery is often thought of as a person attempting to pass off a signature as somebody else’s, state law in Texas is a bit broader when it comes to these types of white-collar offenses. With numerous technological advances, it is much easier for people to create all types of fake documents that appear to be real.

In certain cases, forgery is a felony offense punishable by several years in prison and significant fines. Some forgeries are so good that alleged offenders in these cases may be excused for simply possessing forged items they genuinely believed to be authentic. 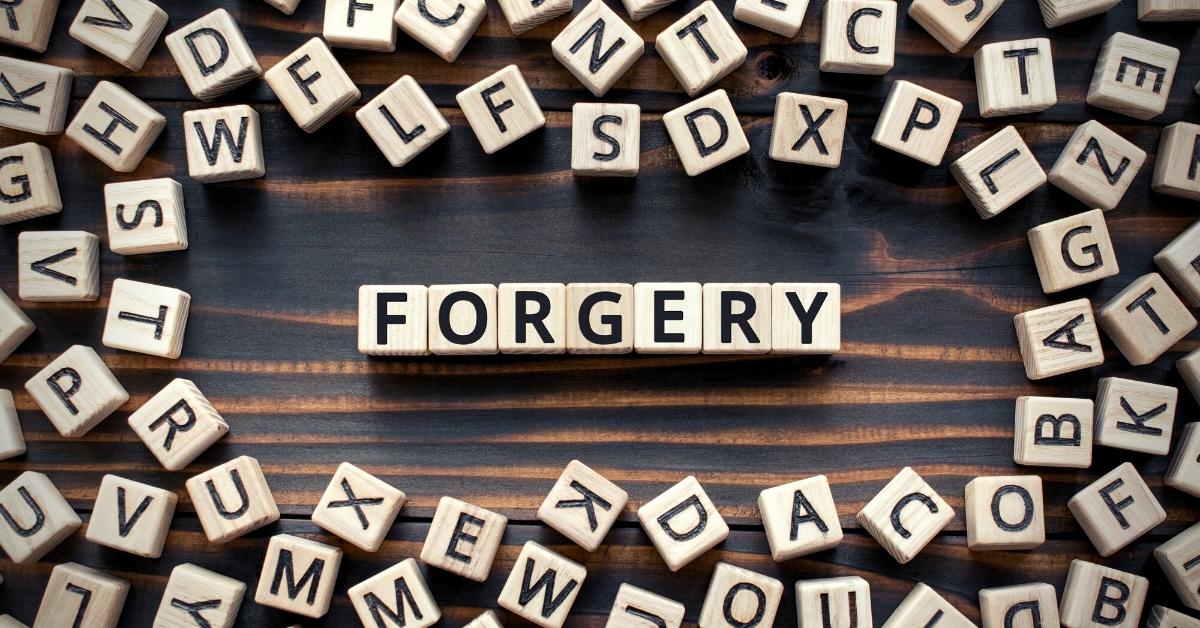 If you were arrested or believe that you might be under investigation for an alleged forgery offense in North Texas, it is in your best interest to not say anything to authorities without legal representation. Dallas criminal defense attorney Richard McConathy can fight to possibly get these types of criminal charges reduced or dismissed.

Under Texas Penal Code § 32.21, an alleged offender commits forgery if he or she forges a writing with intent to defraud or harm another. The term “forge” is defined as meaning either:

Additionally, the term “writing” in this statute includes:

An alleged offender is presumed to intend to defraud or harm another if he or she acts with respect to two or more writings of the same type and if each writing is a government record listed in Texas Penal Code § 37.01(2)(C). The definition of a governmental record under that section of the Penal Code includes a license, certificate, permit, seal, title, letter of patent, or similar document issued by the government, by another state, or by the United States.

Forgery in Texas is classified as a third-degree felony punishable by up to 10 years in prison and/or a fine of up to $10,000 if the writing is or purports to be:

Third-degree felony forgery crimes can become second-degree felony offenses punishable by up to 20 years in prison and/or a fine of up to $10,000 if the alleged offense was committed against an elderly individual, defined under state law as any person 65 years of age or older.

Forgery is a state jail felony punishable by up to two years in state jail and/or a fine of up to $10,000 if the writing is or purports to be a will, codicil, deed, deed of trust, mortgage, security instrument, security agreement, credit card, check, authorization to debit an account at a financial institution, or similar sight order for payment of money, contract, release, or another commercial instrument.

In all other cases, forgery is a Class A misdemeanor offense punishable by up to one year in jail and/or a fine of up to $4,000.

Forgery FAQ | Dallas Police Department — The Dallas Police Department’s Financial Investigations Unit investigates alleged forgery crimes as well as a number of other offenses. On this section of the website, you can find answers to many frequently asked questions about forgery. Learn more about what people can do if they are victims of forgery and steps to take to reduce the likelihood of becoming a victim of forgery.

Counterfeit suspects face grand jury — On February 10, 2012, the North Texas Daily reported that a Denton County grand jury would be reviewing the forgery case involving two freshman students at the University of North Texas. The Denton Police Department told the Daily that the arrests came after a convenience store employee reported a suspect attempting to use a fake $20 bill, which led to police searching one of the student’s dorm rooms and discovering more forged bills. The students had been making the fake notes in the residence hall and were facing third-degree felony state forgery charges, but a public information officer for the Denton Police Department told the Daily in November 2011 that the United States Secret Service could also press charges for forgery of government currency.

Do you think that you could be under investigation or were you already arrested in North Texas for an alleged forgery offense?