Domestic violence, or family violence as it is referred to in Texas, remains a major problem in the Dallas area. The COVID-19 pandemic has worsened the problem, according to multiple reports.

KTVT-TV reported on October 20, 2020, that the Dallas Police Department (DPD) said domestic violence incidents were up during the pandemic. With October being Domestic Violence Awareness Month, the DPD wanted citizens to know that anyone can intervene and help save someone’s life.

Lieutenant Pollyanna Ashford, who oversees the Domestic Violence Unit of the Dallas Police Department, told KTVT that family violence incidents were up in Dallas since the onset of the coronavirus pandemic. Earlier that month, KTVT reported that DPD was bringing attention to Domestic Violence Awareness Month.

● The first step to safety is action. If an argument seems unavoidable, try to have it in a room or area that has access to an exit and not in a bathroom, kitchen, or anywhere near potential weapons.
● Practice how to get out of your home safely. Identify which doors, windows, elevator, or stairwell works best.
● Have a packed bag ready and keep it in an undisclosed but accessible place in order to leave quickly.
● Identify a neighbor you can tell about the violence and ask that they call the police if they hear a disturbance coming from your home.
● Devise a code word to use with your children, family, friends, and neighbors when you need the police.
● Decide and plan for where you will go if you must leave home (even if you don’t think you will need to leave).
● Keep the phone numbers of area shelters close at hand.

KTVT noted that people who are experiencing family violence can call the National Domestic Violence Hotline 1-800-799-SAFE. There have also been troubling reports of domestic violence incidents recently as well.

On October 20, 2020, the Dallas Morning News reported that police identified a man and two women who died in apparent double murder-suicide in Irving. The two alleged victims were fatally shot and the third person died from a self-inflicted gunshot wound.

The man and woman were married, and the other woman was the man’s stepdaughter, Irving police spokesman Robert Reeves said. The motive for the shooting is still unknown.

Officers had been called about 11:15 a.m. Tuesday to the home in the 400 block of Renaissance Lane after a caller requested a welfare check on a person she identified as her brother. Police said that the woman who called was trying to talk to police without the alleged suspect knowing she was on the phone with authorities.

Officers knocked on the front door and heard a man inside yell at officers to call a negotiator, police said. He then fired at least one shot from a handgun, police said. Officers then forced their way into the home and found the bodies.

The case was being investigated as a domestic violence incident. Irving police spokesman Robert Reeves said that during the pandemic, tensions are likely to run high as people continue to stay at home. He encouraged anyone experiencing domestic violence at home to contact the Irving Family Advocacy Center.

Domestic violence arrests can compound problems that already exist in certain households, and the alleged offenders in many cases can find their entire lives turned upside down. The court process in domestic violence cases can be daunting, and some people are not fully prepared for the number of things they will be asked to deal with.

Family violence charges come in many forms in Texas, with domestic assault often being one of the most common because so many actions can constitute an alleged offense. Aggravated domestic assault is a far more serious charge that could result in possible first-degree felony charges.

Some domestic violence charges could include instances of alleged child abuse. Repeat offenses could lead to continuous violence against the family charges, which are felony charges against alleged offenders accused of committing two or more domestic assaults within a calendar year.

Domestic violence is not the same as dating violence. Texas Family Code 71.0021 defines dating violence as an act, other than a defensive measure to protect oneself, by an actor that is committed against a victim or applicant for a protective order with whom the actor has or has had a dating relationship; or because of the victim’s or applicant’s marriage to or dating relationship with an individual with whom the actor is or has been in a dating relationship or marriage; and is intended to result in physical harm, bodily injury, assault, or sexual assault or that is a threat that reasonably places the victim or applicant in fear of imminent physical harm, bodily injury, assault, or sexual assault.

In addition to domestic violence crimes, alleged offenders may also have to deal with protective order hearings when alleged victims seek court-ordered protection. Protective orders can add to problems for alleged offenders because any interactions with alleged victims after such orders have been issued can be deemed violations that result in additional criminal charges.

The bottom line is there are numerous collateral consequences to domestic violence convictions. People convicted of these crimes cannot obtain a hunting or fishing license in Texas, could be negatively impacted in divorce or child custody proceedings, may be unable to foster or adopt a child, could lose legal residence status, and may be denied housing.

All things considered, any person accused of a crime of family violence should be certain to quickly find an experienced criminal defense attorney. Domestic violence charges will require an aggressive defense.

You will want to have a lawyer who can conduct their own independent investigation into the incident that led to your arrest so they can collect all of the evidence that will be needed to secure a favorable outcome. The initial arrest can make a person feel as though they are completely alone but an attorney will immediately be able to be by an alleged offender’s side.

Remember that most police officers responding to domestic violence calls in Dallas feel obligated to place at least one person under arrest simply to ensure the safety of an alleged victim. As a result, a person may be arrested despite a complete lack of evidence that a crime was committed.

While the COVID-19 pandemic is partly blamed for an increase in domestic violence incidents this year, there always seems to be a large number of these cases every year in Dallas. Because domestic violence charges stem from familial relations, it seems likely that there will continue to be more stories about these crimes in the months during the holiday season.

If you were arrested for a crime of domestic violence in Dallas or a surrounding area of Dallas County, you cannot afford to wait to find legal representation for yourself. Make sure your first phone call is to The Law Offices of Richard C. McConathy.

Our firm understands how confusing these criminal charges can be for people and we will work closely with you so you are truly aware of all your options throughout your entire case. You can have us examine your case and discuss what you can do when you call (972) 233-5700 or contact our firm online to take advantage of a few consultation. 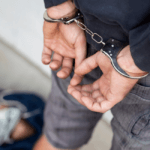 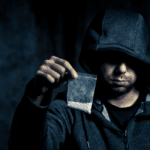