Domestic violence allegations are serious. They can lead to punishing fines and sometimes lengthy prison sentences. Specifically, assault by strangulation charges have substantially heavy consequences in court. Texas Legislature’s new regulations in 2009 made convictions for suffocation or strangulation a felony.

There can be misunderstandings involving strangulation. The most common is when the “suffocation” is done in a sexual nature. Despite this, people who have reported being strangled by their partner are at a much higher risk of being killed by that partner, by accident, or intentionally.

Studies have discovered that cutting off oxygen through the nose or mouth cuts off blood flow. Sometimes suffocation can lead to unconsciousness in only ten seconds. Some are killed by strangulation in less than two minutes. Assault by strangulation can also cause difficulty in concentration, and brain injury involving loss of short-term memory.

Since suffocation has such heavy penalties, it is imperative that one seeks legal representation if one is charged with assault by strangulation. 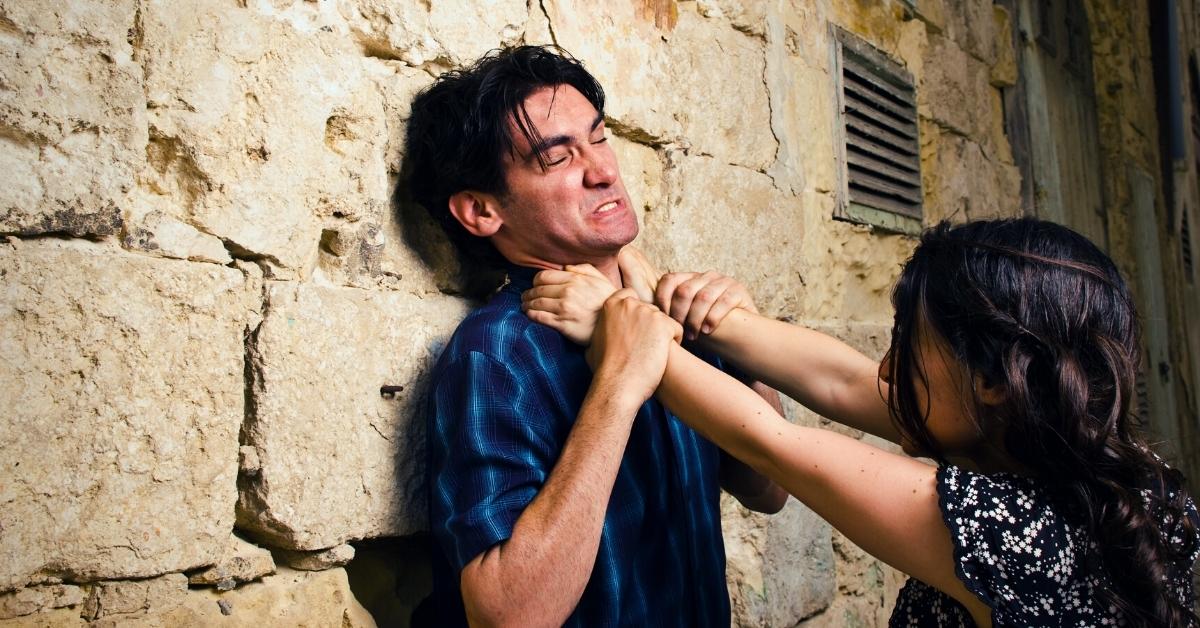 Have you or someone you know been charged with assault by strangulation in the greater Dallas area? There are circumstances and reasons for every assault case. Contact Law Offices of Richard C. McConathy and let us listen to your side of the story.

Contact the Law Offices of Richard C. McConathy today at (972) 233-5700 for a consultation about your alleged offense in Irving, Dallas, Carrolton, Richardson, and surrounding areas of Dallas County, Texas. Our firm will work to potentially get your criminal charges reduced or dismissed

Elements for Assault by Strangulation under Texas Law

The Texas Penal Code sec. 22.01 states listed assaults that can be considered a crime. It then breaks down which assault offenses have enhanced penalties. Texas legislature states that choking or impeding breathing is family violence, and may result in a felony.

There are certain elements that must be proven by the prosecution to get a conviction for assault by strangulation. Texas Penal Code sec. 22.01(B) states that the offender must have:

Ligature, on the other hand, is when an object is used to choke the victim. For instance, the offender may use a rope, chain, phone cord, shoelace, or clothing to crush the victim’s throat.

Lastly, hanging is when the suspension is used to impede breath in a victim. A victim could be hung using an overhead light cord, or rope, or have plastic bags around their mouth or nose to stop airflow.

In the event of a strangulation case, law enforcement is required to make an arrest. This is even if there is no physical injury or minor ones. There is a chance the offender may be arrested at the scene of the offense.

Law enforcement must question the victim when investigating an assault by strangulation. If the alleged victim has ulterior motives, it can be incredibly hard for authorities to discern what the truth is. False allegations do occur with suffocation cases, specifically of a sexual nature.

Signs of strangulation that law enforcement is trained to look for are:

Family Violence Strangulation in Texas – Visit the Texas Council on Family Violence’s website and view their reports surrounding assault by strangulation. Research the physical and internal signs of suffocation, statistics, and questions used by law enforcement for alleged victims.

Texas Penal Code: Chapter 22 -View the Texas Statute regarding assaultive offenses. Read statutory language on different kinds of assaults. See the specifics on assault by strangulation, what the adjoining penalties are, and other assaults defined under Texas Law.

Assault by strangulation charges can have weighty consequences depending on the circumstances of the case. Do not take any allegations lightly. It is in your best interest to contact an experienced criminal defense attorney if you’ve been charged with assault charges.