Assault is typically a misdemeanor offense in Texas, but state law provides for enhanced penalties when the alleged offender impedes the normal breathing of a family or household member. In such cases, alleged offenders can face felony charges that carry much steeper penalties.

The Texas Penal Code was modified in 2009 to make strangulation or suffocation of family or household members a felony offense, allowing prosecutors greater ability to lock up people for years that they previously were only able to have sentenced to a few months of incarceration. Evidence of any injuries in these cases can be enormously important, as, without any evidence, there may be a significant disparity between the accounts of the alleged offender and the alleged victim. 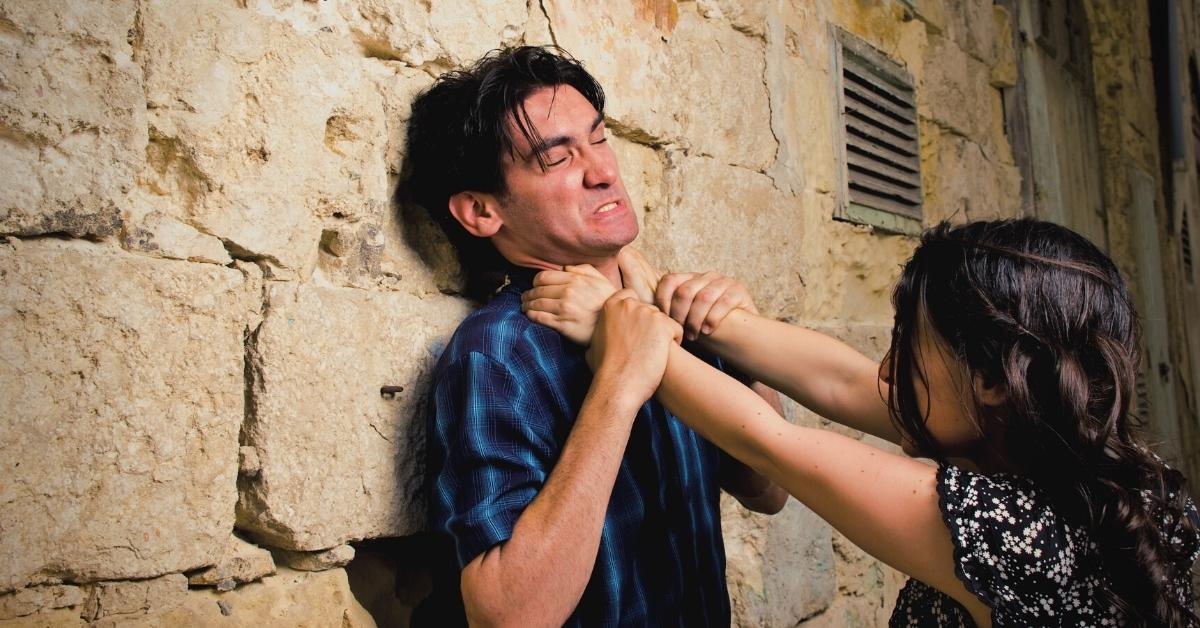 If you were recently arrested in North Texas for an alleged assault against a family or household member by strangulation, it will be in your best interest to immediately retain legal counsel. The Law Offices of Richard C. McConathy can conduct a thorough investigation of your case and fight to possibly get the criminal charges reduced or dismissed.

Contact the Law Offices of Richard C. McConathy today for a consultation about your alleged offense in Irving, Dallas, Carrolton, Richardson, and surrounding areas of Dallas County, Texas. Call (972) 233-5700 and let our lawyers provide a complete evaluation of your case.

Texas Penal Code § 22.01 defines the Class A misdemeanor offense of assault as an alleged offender intentionally, knowingly, or recklessly causing bodily injury to another person, intentionally or knowingly threatening another person with imminent bodily injury, or intentionally or knowingly causing physical contact with another person when the alleged offender knows or should reasonably believe that the other will regard the contact as offensive or provocative. Assault becomes a third-degree felony if the alleged assault is committed against a family or household member and either:

When it comes to defining an alleged victim as a family or household member, the specific relationships to or associations with the alleged offenders in these cases are defined under Texas Penal Code § 22.01(b)(2)(B) as including the following:

Assault by Strangulation Penalties in Texas

Family Violence Strangulation in Texas | Texas Council on Family Violence (TCFV) — The TCFV is a 501 (c)(3) nonprofit organization that “promotes safe and healthy relationships by supporting service providers, facilitating strategic prevention efforts, and creating opportunities for freedom from domestic violence.” View a PDF version of TCFV literature that discusses assault by strangulation offenses. You can learn more about signs and symptoms of strangulation, terminology, and tips for advocates.

Gus Barron v. State, 03-11-00519-CR (Tex. App. 2013) — On July 26, 2013, the Third Court of Appeals issued its decision in this case of a man who had been found guilty of two assault offenses—a standard assault charge and a strangulation charge—arising from the same altercation with a family member. The appellant raised six issues on appeal, contending that his convictions violate double-jeopardy prohibitions, that the trial court erroneously admitted hospital records and expert testimony about the behavior of victims, that the trial court erroneously let the State amend the indictment after the trial began, and erroneously failed to instruct the jury on the lesser-included offense of misdemeanor assault. The Court of Appeals sustained the double-jeopardy issue in part, reverses and dismissed the conviction for the standard assault charge, and affirmed the conviction for the strangulation charge, finding that the State was not required to elect the manner and means by which he committed the alleged assaults, there was no harm from the admission of medical records, there was no harm from the admission of expert testimony, there was no error in alteration of the indictment, and there was no error in omission of an instruction on a lesser-included offense.

Were you arrested for allegedly assaulting a family or household member by strangulation in North Texas? Do not say anything to authorities until you have first contacted the Law Offices of Richard C. McConathy.

Our criminal defense attorneys in Dallas fight to achieve the best possible outcomes for clients in communities throughout Collin County, Dallas County, Denton County, and Tarrant County. You can have them review your case and answer all of your legal questions during a free, confidential consultation when you call (972) 233-5700 or submit an online contact form today.