WFAA-TV reported on June 21, 2021, that the Dallas Police Department suspended an officer who was arrested and faced a driving while intoxicated (DWI) charge after the truck he was driving apparently hit a home. Senior Corporal Ronald Coulson was arrested by Texas Department of Public Safety troopers and was booked into the Denton County Jail.

According to DPS, a trooper was called to a crash near Fire Wheel Way and Bayberry Avenue in Lantana in Denton County around 6:20 p.m. June 20. DPS said early information shows Coulson’s Dodge Ram truck hit a home in the 1300 block of Fire Wheel Way. No one was seriously hurt, police said.

Coulson is a more than 30-year veteran who has been a Dallas police officer since November 1990. He is currently assigned to the Personnel Division. He was placed on administrative leave while an Internal Affairs investigation is conducted. Coulson was the second Dallas police officer arrested in three days, according to officials. Sr. Cpl. Kelvin Woodburn was arrested and charged with Assault Family Violence.

Back on May 30, 2021, KTVT-TV reported that a Dallas officer was arrested in The Colony for DWI and allegedly assaulting his girlfriend. Police in The Colony said John Vasquez, Jr. faces charges of aggravated assault with a deadly weapon/family violence, DWI, unlawful carrying of weapons and interference with emergency request for assistance.

Officers responded to a disturbance call in the early morning hours and found Vasquez trying to leave the location in his vehicle, police said. He pulled over near where the incident happened and was contacted by officers. After interviewing both Vasquez and the victim, police said they determined he committed numerous offenses. He was arrested and taken to The Colony Jail.

Dallas police confirmed Vasquez is an officer with the department and that he’s been with them since September 2013. He was placed on administrative leave pending the outcome of an internal investigation.

While some police officers were arrested for DWI offenses, others were involved in DWI crimes.  Again on May 30, KDFW-TV reported that a 31-year-old man was arrested for DWI and a weapons charge after he crashed into the back of a Dallas County Sheriff’s Office deputy’s vehicle. The wreck happened just before 1:20 a.m., along northbound I-35, at Mockingbird Lane.

Investigators said the driver of a white Ford sedan, later identified as Emilio Araiza, was swerving from lane to lane, before crashing into the back of a deputy’s vehicle that had its overhead lights on. The deputy’s vehicle was on the right shoulder for a traffic stop.

After the crash, the deputy’s vehicle, which had a DSO sergeant inside, was knocked onto the service road. The sergeant was check by Dallas-Fire Rescue and released. Araiza was trapped in the Ford and deputies broke the window to pull him out. He was taken to a hospital in serious condition.

Deputies reported finding a stolen handgun in plain view in the Ford’s front passenger seat. Araiza was later arrested for driving while intoxicated and unlawful carrying of a weapon.

Earlier that month, KXAS-TV reported that the man accused in the drunk driving crash that killed an on-duty Dallas police officer has been indicted by a grand jury. Phillip Mabry, 32, was indicted on a charge of intoxication manslaughter on a police officer on May 3.

The incident occurred on February 13 when Officer Mitchell Penton was hit and killed by a suspected intoxicated driver while directing traffic around an accident on the highway. At around 1:45 a.m., Penton was securing traffic with the emergency lights from his squad car on after an accident in the northbound lanes of North Central Expressway at Walnut Hill Lane. Police said Mabry was driving a Kia Forte at a high speed and hit the back of Penton’s squad car, which pushed the car into Penton. Penton was taken to Baylor University Medical Center, where he died.

Police said Mabry was found to be intoxicated. He faces a charge of intoxication manslaughter on a police officer and intoxication assault in connection with the passenger who was in his vehicle. Mabry had marijuana and was driving home after drinking tequila at an Uptown bar.

In addition to the charge of intoxication manslaughter on a police officer, Mabry also faces an intoxication assault charge in connection to the woman he was riding with as well as a drug possession charge for the 6.7 grams of marijuana seized at the scene.

Even other public officials have been arrested for DWI, as KXAS also reported that prosecutors in Granbury upgraded the drunken driving charge against Mayor Nin Hulett to a felony after confirming he has two previous arrests for driving while intoxicated. Hulett was arrested by Granbury police after midnight on April 25 and booked into the Hood County Jail. He bonded out hours later.

The mayor was re-booked into the jail Monday after police determined he had the two previous DWI arrests – one in Fort Worth in 2007 and one in Missouri in 1999.  Hulett did not return calls for comment and his attorney, Richard Haddox, did not immediately respond Monday to a voice message and email.

On May 4, 2021, KXAS reported that the Texas lawyer known as the “DWI Dude” has been sentenced to more than 15 years in federal prison for falsely promising Colombian drug traffickers he’d get their charges reduced or dismissed in exchange for cash.

According to federal prosecutors, Balagia conspired with a private investigator in Florida and an attorney in Colombia to scam Colombian drug traffickers into paying “attorney fees” for acting as intermediaries with government officials who they said would accept bribes to dismiss criminal charges or reduce prison sentences.

DWI Defense in Fort Worth, TX

Enhanced charges may be possible in other circumstances. For example, a person who drives intoxicated with a passenger under 15 years of age could be charged with DWI with a child passenger.

This crime is a state jail felony punishable by up to two years in state jail and/or a fine of up to $10,000. Additional punishments may include installation of ignition interlock devices (IIDs) on all vehicles owned or operated by an alleged offender.

Under Texas Penal Code § 49.07(b), serious bodily injury is defined as an “injury that creates a substantial risk of death or that causes serious permanent disfigurement or protracted loss or impairment of the function of any bodily member or organ.” Intoxication assault is usually a third-degree felony punishable by up to 10 years in prison and/or a fine of up to $10,000.

Texas Penal Code § 49.09 provides for enhanced offenses and penalties. Texas Penal Code § 49.09(b-1) provides that an intoxication assault offense is a second-degree felony if the alleged offender caused serious bodily injury to a peace officer, a firefighter, or emergency medical services personnel while in the actual discharge of an official duty.

Intoxication assault is also a second-degree felony under Texas Penal Code § 49.09(b-4) when an alleged offender caused serious bodily injury to another in the nature of a traumatic brain injury (TBI) that results in a persistent vegetative state. A second-degree felony is punishable by up to 20 years in prison and/or a fine of up to $10,000.

Visit our website to learn more about DWI breath testing.

If you were arrested for DWI in Dallas or a surrounding area of the Dallas-Fort Worth area, you are going to need to find yourself a criminal defense attorney right away. Make sure that you contact The Law Offices of Richard C. McConathy.

Our firm can fight to possibly get your criminal charges reduced or dismissed. Call (817) 422-5350 or contact us online to have us take a look at your case and discuss all of your legal options during a free consultation. 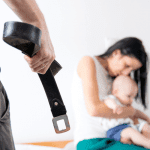